he Puffers come from a mystical island in the middle of the ocean called Pufferia - an island built almost completely out of pizza toppings. 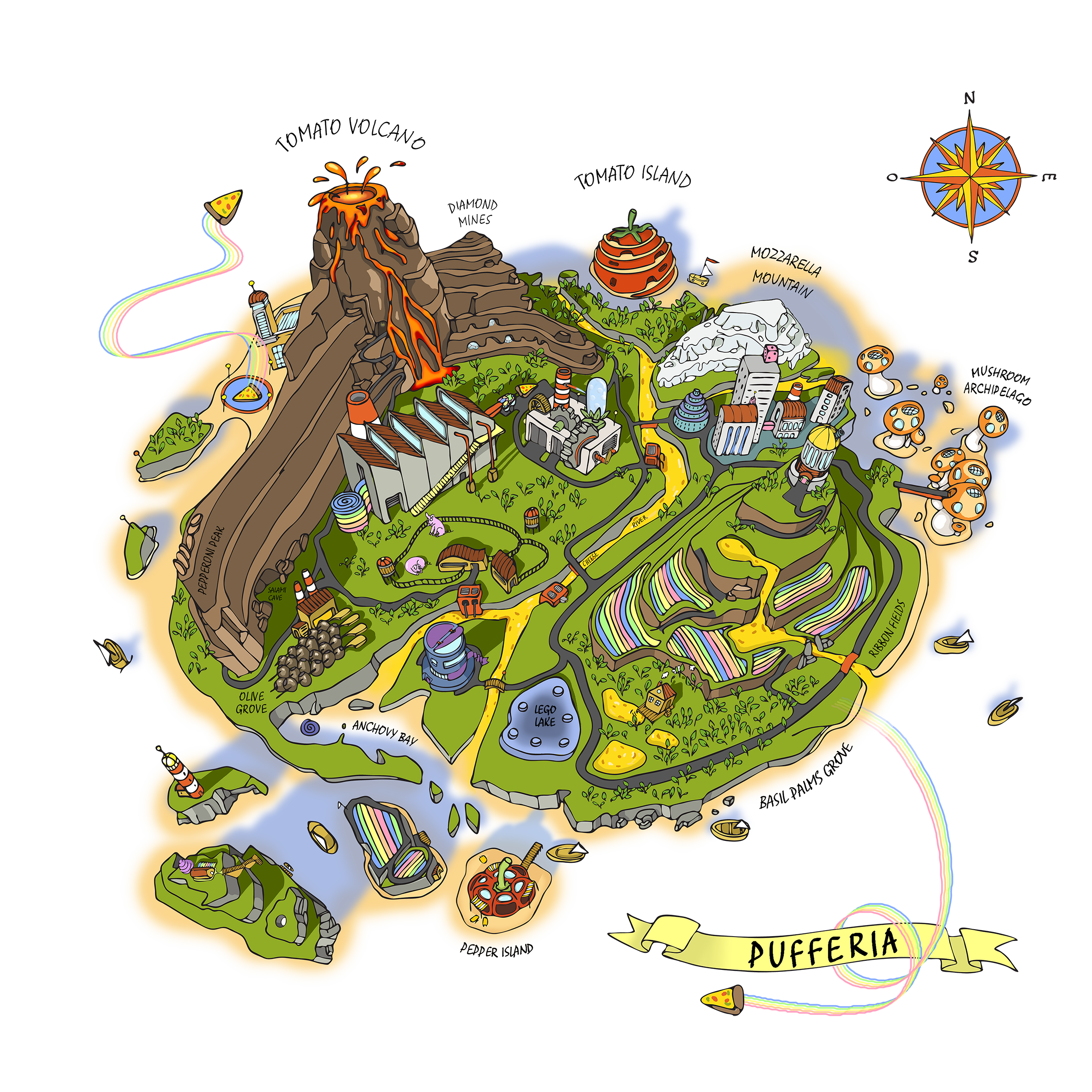 From its basil palms to mozzarella mountain, from salami cave to pepperoni peak, Pufferia’s unique joys and delights ensured that its inhabitants had everything they needed to construct the perfect pizza.

Surviving on nature’s most exquisite diet, their brains finely tuned to the land, these amazing creatures lived in perfect harmony with their surroundings 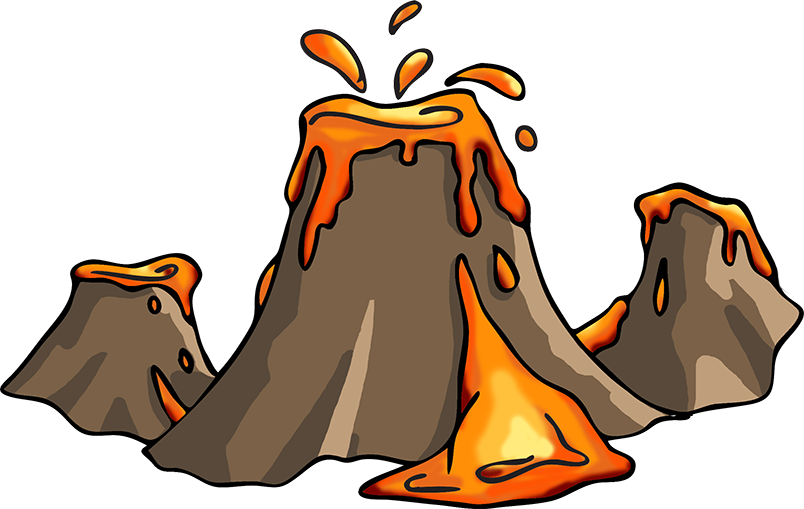 They diverted the turbulent currents of the cheese river and constructed windmills to produce the finest flour. They harnessed the delicious energy of the tomato volcano to power their outstanding pizza laboratories. And every finished pizza was dusted with the endless parmigiana sands of Anchovy Bay. 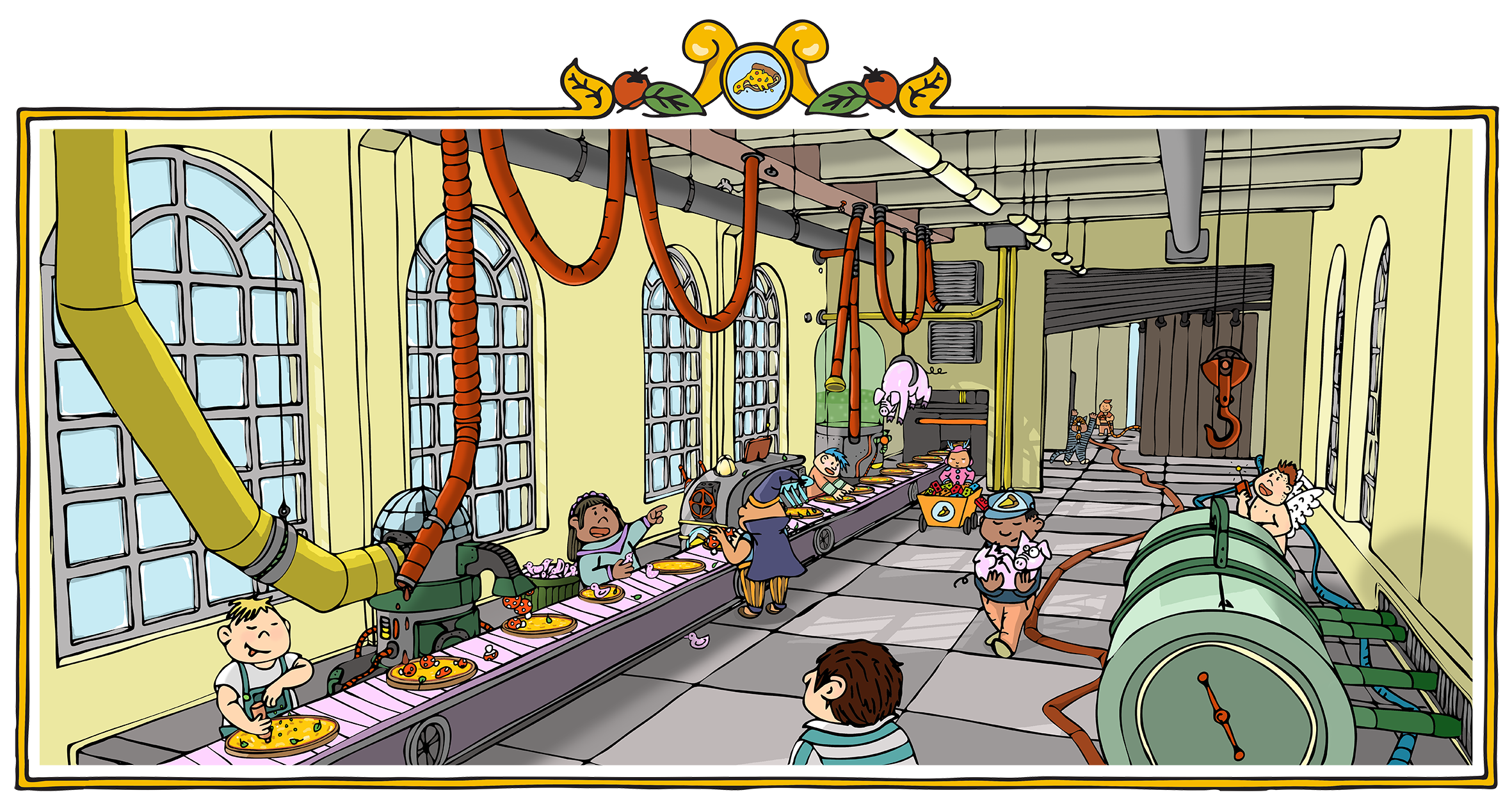 To satisfy their appetite for discovery, the Puffers created ever more delightful toppings. The Pufferian cowboys established pig farms and olive groves on the base of mozzarella mountain, while Pufferian elves toiled deep in its diamond mines, hoping to unearth a mythical ‘bitcoin’. The vast plains around lego lake were turned into a hub of manufacturing, producing everything from disco balls to rubber ducks. And in the tropical evenings they entertained themselves in Pizza Plaza, watching lucha libre wrestle the Pufferian cat man.

But the natural delights of Pufferia could be used for so much more than just eating. Pufferian artisans cultivated the vast ribbon fields to produce outstanding clothing, from golden jackets to tie-dye pizza ties. Each and every Pufferian took pride in establishing a style of their own.

Pretty soon the Puffers realised they could construct magical transportation out of pizza slices. At first just a sailboat floating down the cheese canals, and then a hovercraft powered by a lightning storm. But when Thomas Pufferson produced a rainbow from a ribbon field with enough energy to power their pizza planes, the Puffers had learned how to take flight. It was time for the Puffers to bring their delicious gifts to the world. 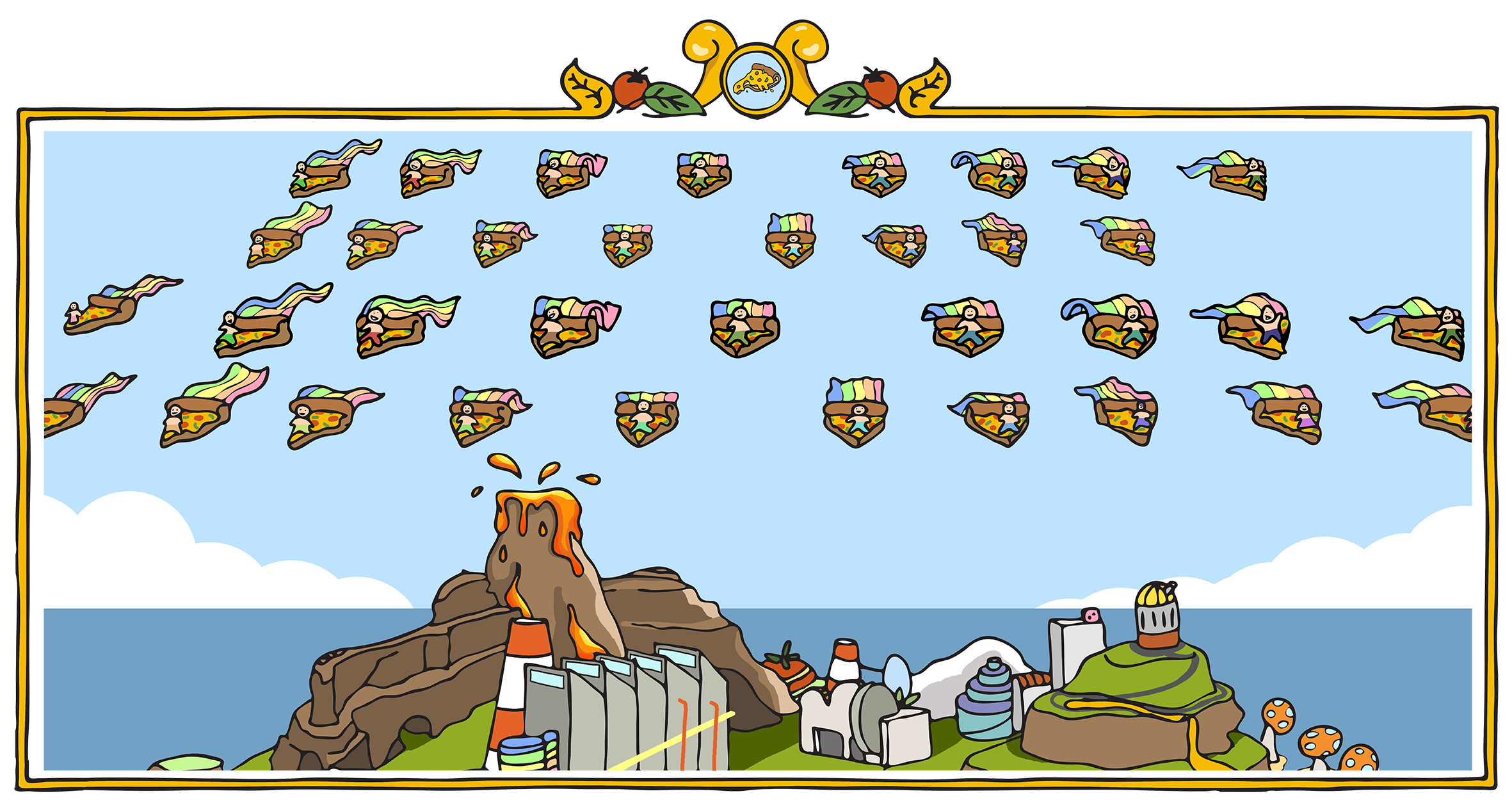 So they assembled a crack party of 999 Puffers, their brightest and finest pilots, and charged them with traveling far and wide, spreading pizza to every corner of the planet.